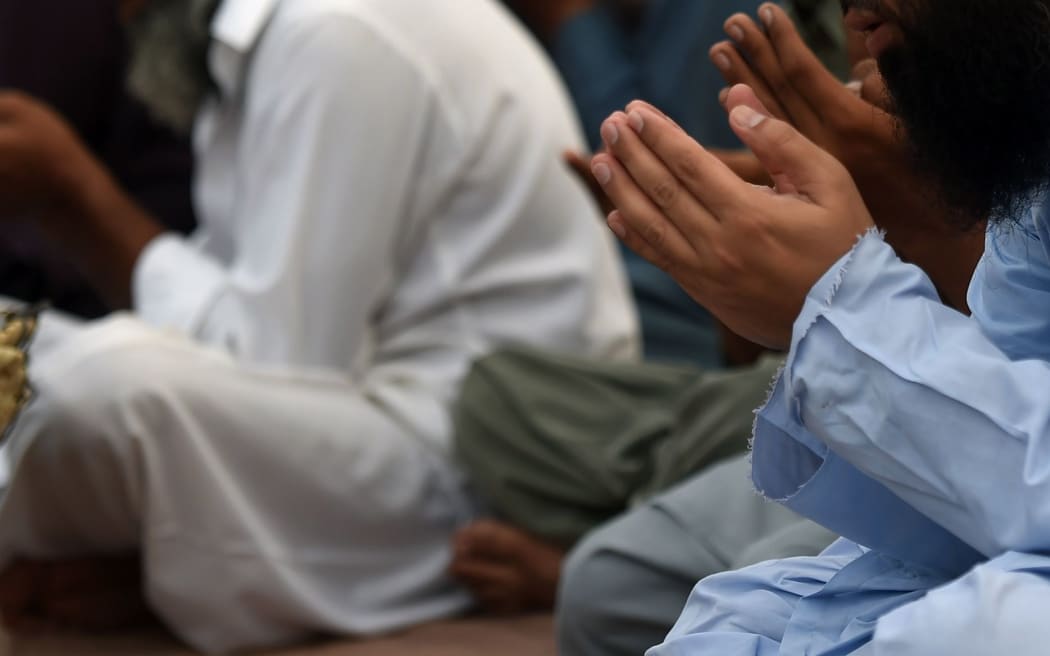 Muslim community leaders and police are in talks about security ahead of the biggest religious days of the year.

The Federation of Islamic Associations is worried about worshippers’ safety after a spate of attacks before the festival of Eid.

Traditional men’s clothing and electronic equipment were stolen from a mosque in Tauranga on Monday night and a car was torched outside the building some hours later.

The federation is worried the clothing could be used by someone to infiltrate Eid festival events this weekend.

Earlier, on Saturday, a hearse – or janaza van – parked outside a mosque in Upper Hutt had its windscreen smashed.

It remains unclear whether the events are linked.

The federation met last night to discuss security and safety and have spoken with police.

Its spokesperson, Dr Anwar Ghani, told Morning Report the feeling was that the incidents were isolated, however the meeting with police had helped offer the Muslim community assurance their concerns were being heeded.

“Our community is susceptible to hate-related crime, as we saw what happened a couple of years ago, so when something like this happens obviously it brings anxiety in the community.”

He said members of the Muslim community were concerned and there was a need to be “safe [rather] than sorry”, but the police were investigating the incidents and had reassured the federation they would be highly visible during the weekend’s Eid celebrations.

Ghani’s advice to others in the Muslim community was to “be alert, look out, make your own security arrangements, and police is there to assist us as well, as they have been in the past”.

Police say they will have a big presence at the large gatherings happening around the country at mosques, community centres and stadiums.

Related Topics:IslampoliceSpiritual Practices
Up Next 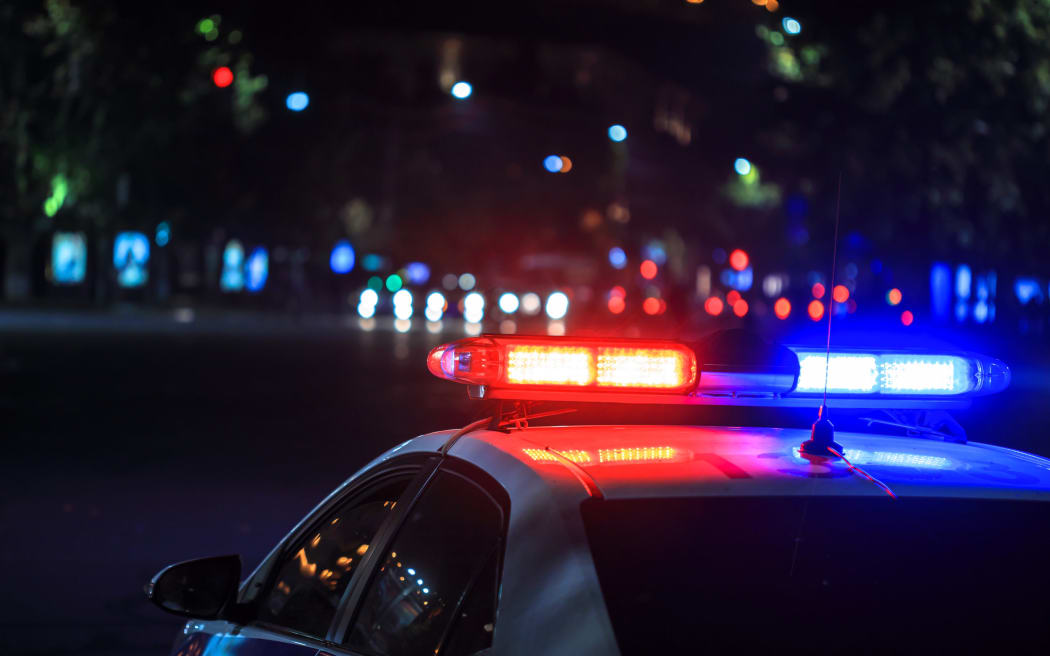 The 21-year-old came to the police’s attention following the incident but further enquiries resulted in his arrest on Wednesday.

A firearm, stolen vehicles, ammunition and cannabis have been located and seized.

He has been charged with multiple offences including firearms and ammunition offences, possession of cannabis for supply, theft of a motor vehicle, receiving stolen property and failing to stop for police.

He has been remanded in custody following an initial court appearance.

“Southern District Police continue to step-up enforcement and the disruption of unlawful gang activity across the country as part of Operation Cobalt,” Griffiths said.

“We need our local communities to help us address unlawful behaviour in our region.”

Anyone with information about unlawful behaviour or gang activity can contact the police on 111 if it is happening now, 105 after the fact or via Crimestoppers anonymously. 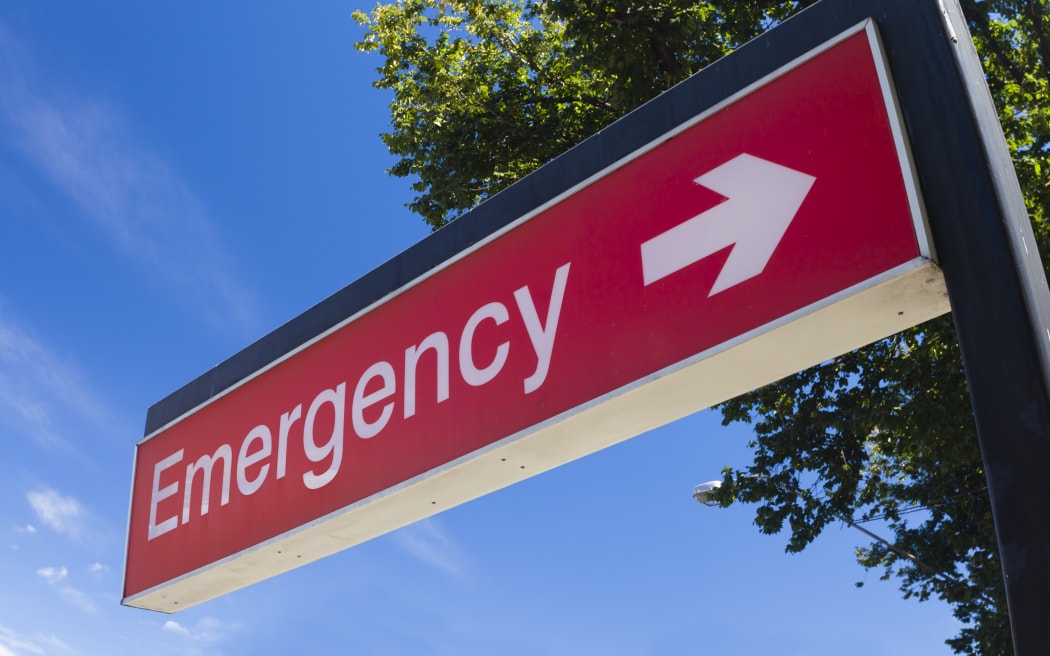 Health staff at Wairarapa Hospital say pressure on the system is no longer just a crisis but a catastrophe.

The emergency department and the general ward have been down to just two staff on shift several times in the past week.

Trudy Pearce has been a nurse in Wairarapa Hospital’s general ward for four years.

On Friday evening, it was just her and a junior nurse responsible for 23 patients.

Pearce said she was “hoping to God” there would be no emergencies “because we would have been screwed”.

On Sunday, the emergency department was also staffed by just two people.

“I heard the minister say it’s not a crisis, well I think he’s right, it’s more than a crisis, really becoming a catastrophe now,” Gray said.

Having just one nurse staff the emergency department was almost unheard of, he said.

It was ironic the hospital had fewer staff than its industrial action levels, which was set to the safest minimum standards, he said.

The department has hit an all-time nursing staff low, with some working more than 10 days in a row.

There has been a combination of staff leaving the hospital for overseas or entirely, and remaining staff getting sick.

Gray said he felt they were not being believed by the government when they call for help.

“Even if you were heard, you never felt you were believed, and I think that’s still the case now when the minister feels that people are not quite telling the truth, even when they’re using the ministry statistics.”

Gray said he was aware of other hospitals around the country, and within the Wellington Region, that had been incentivising nurses for the extra work, for example, offering up to triple overtime.

But there has been no sign of that available at Wairarapa Hospital.

Health NZ was not being equitable, Gray said.

“There’s a lack of tangible thank you from the system to our doctors, nurses and other staff here in the Wairarapa, I’m not quite sure why that is.

“When people elsewhere doing the same job are getting some sort of tangible reward or appreciation, it builds resentment.”

The hospital simply needed more staff, he said, but extra money would help alleviate some stress on the remaining nurses and make them feel valued for their tireless work.

Health NZ said it recognised the pressure staff and services were under.

Interim district manager Dale Oliff said it was working to find solutions, and it was already reducing or deferring some planned care to alleviate stress.

Health NZ said it was considering all options to recruit staff and it acknowledged the consecutive days some of staff were working and issues around staff safety.

The organisation’s modelling shows that winter illness in Wairarapa will continue for a further six to eight weeks.

Nurse warns people away from career

Nurse Trudy Pearce is worried that burnout is looming for her and her colleagues.

She said there were times she felt disillusioned about her career choices – something she retrained passionately to do.

“If anybody, any teenager or school leaver came and said ‘I want to be a nurse’, I would just totally put them off becoming a nurse,” Pearce said.

“There’s just nothing nice about being a nurse at the moment, and as far as we can see it’s only going to get worse.”

Masterton mayor Lyn Patterson said the state of the hospital was concerning, and the community needed to step up and help alleviate pressure.

She said like many places, there had been a decline in mask use in indoor spaces, and businesses should toughen their stance.

“I really ask that our businesses in the Wairarapa work together and collectively start pushing back at people who are not wearing masks,” Patterson said. 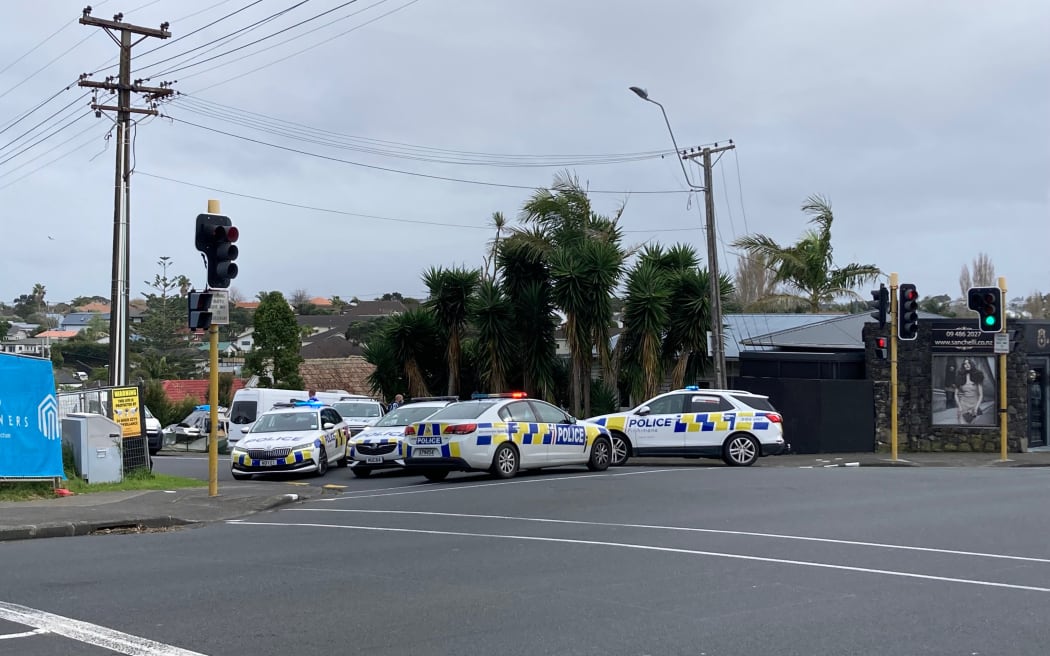 Armed police have been deployed to an incident on Auckland’s North Shore after some schools were placed in lockdown.

About quarter of an hour later the schools posted on Facebook saying the lockdown had lifted.

They said the lockdown was due to a police incident in the area.

Bayswater and Belmont’s posts said everyone was safe.

An armed police officer at the scene of the incident. Photo: RNZ / Finn Blackwell

Takapuna Grammar said students were safely inside buildings as instructed by police and the Ministry of Education.

Northcote Intermediate said its lockdown was over.

Police confirmed there had been a lockdown.

Belmont Intermediate principal Nick Hill said the school was advised to go into lockdown as a precaution as there was a firearms incident in the area.

“Lockdown protocols were initiated and our parent community were made aware of the school going into lockdown.

“Our lockdown has since been lifted.”