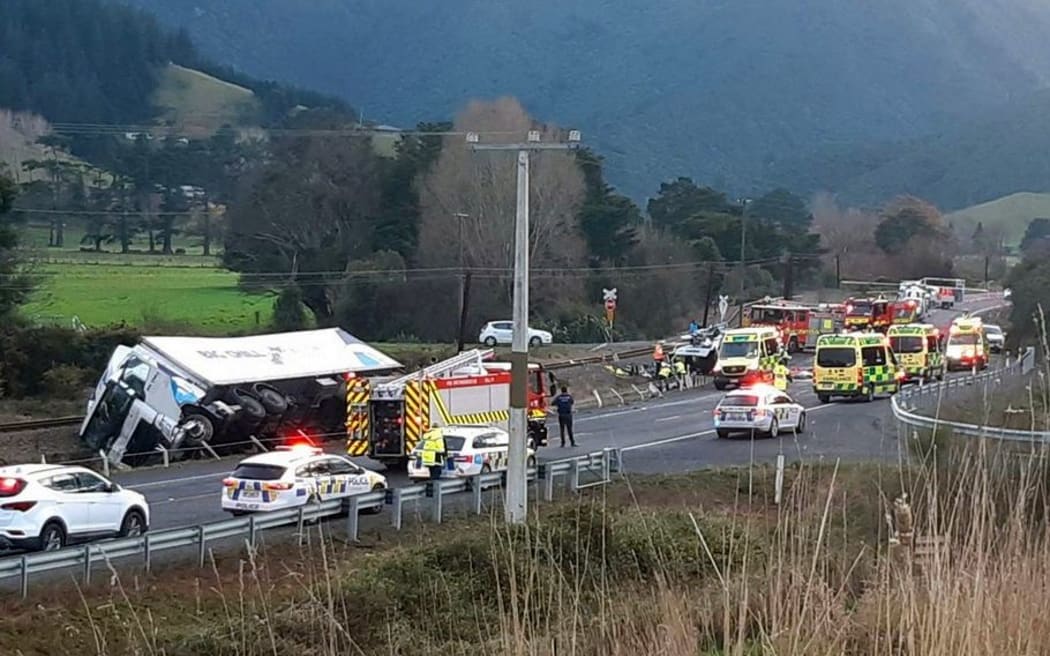 Marlborough District mayor John Leggett says he’s been assured any road improvements needed after a tragic accident at the weekend, would be made without delay.

Seven people, including a baby, died in a crash between a refrigerator truck and a van on State Highway 1 south of Picton yesterday.

Two people were injured in the head-on collision. One was in a stable condition on Monday morning, while the other was in ICU.

Police said it appeared the van crossed the centre line.

The nine occupants of the van were travelling home from the funeral of an elderly relative.

RNZ understands from a person close to the family that police would be getting in touch with a large extended family, including relatives in the Philippines.

One of the those killed also left a first wife and family to be contacted.

“In the blink of an eye, seven lives are gone,” Paul Borrell of Tasman police told media on Sunday.

“I heard the emergency sirens coming from here in Blenheim,” he said.

“It was pretty clear there was a major event that had occurred.”

Leggett said that section of the state highway was one he knew very well.

“On the face of it there doesn’t seem to be any obvious roading issues, or traffic issues.”

He said if there were safety improvements needed, council had been assured they would be implemented without delay.

“There will be a full report done and we will expect appropriate action to happen.”

The crash scene was described as “absolute carnage” and a terrible sight.

Fire and Emergency group manager Steve Trigg was among the 16 firefighters to attend the scene.

“In 30 years, and I can only speak for myself, I’ve not been to an incident like that with a large loss. Very difficult for everyone and it will have an impact on all of those involved.”

Trigg said everyone dealt with this kind of incident in different ways. “It takes time to process it, time to understand what’s happened and this loss of life will take quite some time.”

“It’s really just important that we do everything we can for them and wrap good support around them.”

He said his staff had attended accidents along this stretch of highway before.

“I know they [Picton staff] have attended a recent fatality, within the last 12 months, on that stretch of highway.”

Rick Rawlings, who lives nearby, told Morning Report he was constantly expecting the next accident to happen, with others occurring in the area in the last couple of years.

“We just wait for the sirens and the bangs and we know there’s been another accident out there. The piece of road starts at Picton and climbs up a hill, climbing up that hill changes into 100km from the town, from 50km, and everybody accelerates.”

The road should be widened and the speed limit lowered to prevent further tragedies, he said.

Deputy mayor of Marlborough District, Nadine Taylor, told First Up there had been one accident near the site of the crash in the past couple of years, and one further along the road.

Sitting on the Transport Committee at council, Taylor said she sees the accident reports from the area and any commonalities would be investigated.

“If there was an aspect to the road [that was dangerous] then Waka Kohahi and council would be talking about that.”

Waka Kotahi said significant investment had been made in improving the route since the Kaikōura earthquake.

Prime Minister Jacinda Ardern said work was being done to bring down the road toll which included safety modifications and the enforcement of rules.

The government had invested an additional $2.9 billion into road safety activities over the next three years, she said.

It had a target of a 40 percent reduction in serious road accidents by 2030.

Looking at accidents generally, it was important to determine whether it was a stretch of road that had seen repeat accidents, Ardern said.

“In those cases understanding the contributing factors and making the changes that are needed to make that stretch of road safer.”

That could include things like greater use of median barriers, she said.

Secondly, it was important to ensure people were taking road safety seriously and ensuring people were not using their phones or speeding for example.

She said the Picton crash was an “absolutely horrific accident”.

Police said formal identification of those who died was underway but would take some time to complete.

Queen hands over to Charles for State Opening of Parliament 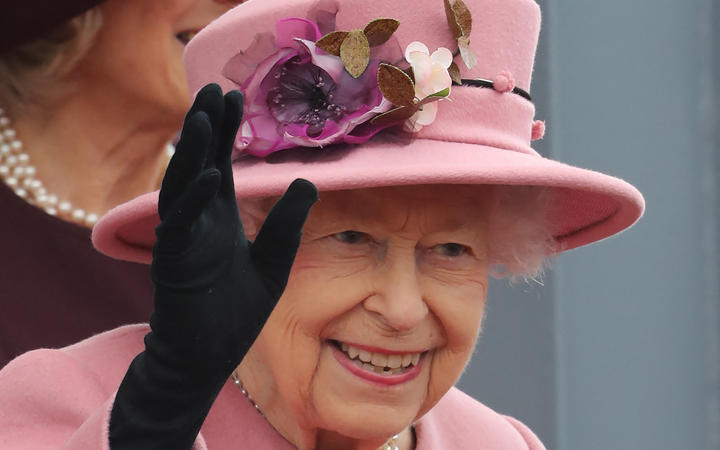 The Queen has pulled out of this year’s State Opening of Parliament and the reading of the Queen’s speech, Buckingham Palace has announced.

This will be the first time since 1963 that the Queen will have missed this constitutional ceremony, which sets out the government’s legislative plans.

Prince Charles will deliver the speech on Tuesday for the Queen.

The 96-year-old monarch has mobility problems and has had to cancel a number of recent public appearances.

Until Monday evening Buckingham Palace had been saying the Queen hoped to attend, but has now confirmed she will not go the ceremony in Westminster, because of “episodic mobility problems”.

A statement said the Queen, in consultation with her doctors, had reluctantly decided not to attend the State Opening.

It follows the Queen missing events at Easter, including the Maundy Service, and the announcement that she would not host royal garden parties this year.

The thanksgiving service for Prince Philip in March has been the only public event outside of her royal residences that she has attended so far this year.

The State Opening of Parliament marks the start of the parliamentary year, with the Queen’s speech setting out the agenda of the government and the laws that it wants to introduce.

The speech is usually read out by the monarch, as head of state, with the Queen only missing it twice during her 70-year reign, in 1959 and 1963, because of pregnancies.

On those occasions the speech was delivered by the Lord Chancellor, but the Prince of Wales will stand in for the Queen this year.

There have been adaptations of the State Opening in recent years – with the Queen not wearing the heavy Imperial State Crown or ceremonial robes and there was a more scaled-back ceremony last year because of Covid restrictions.

But this will mark the first time in 59 years that the Queen will not have attended.